We won £1,000 for the Campaign from Lush at the Green Gathering 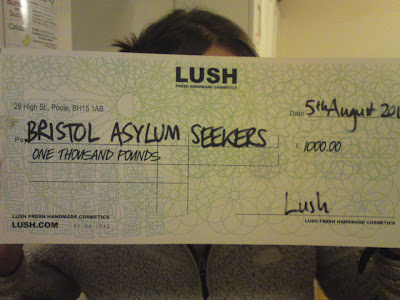 After the demonstration a few month ago last Sunday 5th August, 'Dignity for Asylum Seekers' was invited to take part in the Lush campaigns competition at the Green Gathering. Esam and Alice talked and we won £1000.

Afterwards many people came and told they were being influenced and also cried while Esam and Alice were speaking and want to help and support. I always believed people can be really helpful  and care if we can tell them who Asylum seekers are.