Solidarity, Struggle and Resistance in Campsfield

On Saturday 29th November we joined campaigners outside Campsfield House to demonstrate for the closure of the Detention Centre. Over 50 people from local, national and international groups congregated in Kidlington to march to Campsfield.
We brought banners, horns, drums and voices to make a noise and show our solidarity with the people inside. Some of us scrambled up trees while others shook the fence. We walked through muddy fields to get to the back of the detention centre, where the detainees could hear us more clearly: “DETAINEES – FREE THEM NOW”. Over the megaphone we read out phone numbers that could be called by people who needed legal advice or a friendly person to talk to. We felt a deep solidarity with the detainees as we chanted together over the 16ft fence. 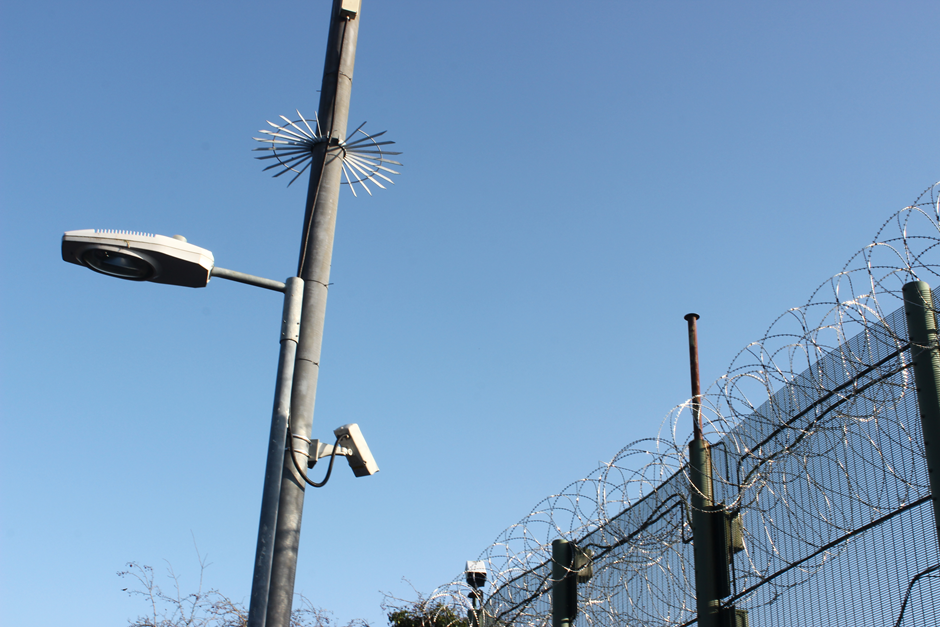 We had to leave at 2o’clock as in the past visitors to detainees have only been allowed in when all campaigners have left the premises. We had been talking to some members of Movement for Justice who told us that, even though it is difficult to make visible, it is resistance from inside centres like Campsfield that is key to ending detention.
They said that in fact this kind of resistance is happening in detention centres across the country and see our role as supporting their struggles. That is how it felt as we were leaving when a loud and powerful voice came from a group of about 40 people in the courtyard. “FREEDOM!” one man called and the group responded, “FREEDOM!” It was exhilarating to feel their strength, but we were also scared about how the authorities would contain that power.
Two hours after we left a detainee with mental health issues was seriously assaulted. Detainees reported that he was left in a critical condition after being beaten up by Mitie security guards. Between 60 and 100 detainees occupied the courtyard to protest against his brutal and unlawful treatment and the inhuman conditions people suffer during detention. Two other detainees were hurt by guards in the ensuing struggle and sustained minor injuries. At least three others were forced into solitary confinement.
One detainee said, “All they are trying to do right now is not let the news get out of this centre. I would like to say if there is anyone who has any feelings please, please speak for us.” We must not let the noise of the resistance be dampened in a remote field outside of Oxford.
The demands of the 60-100 protesting detainees are: