Update 19/06/14: MP office just told us that removal directions are cancelled. Hussein is not being deported on 20th June.

Update 19/06/14: Wow, thank you all so much for your help we now have over 1500 petition signatures for Hussein, including the paper petitions and have raised £1400 which is enough to pay for the solicitors to put in an injunction to aim to halt the deportation. So we don’t need further donations at this point. It's really amazing to feel the power of so many people working together to achieve this. 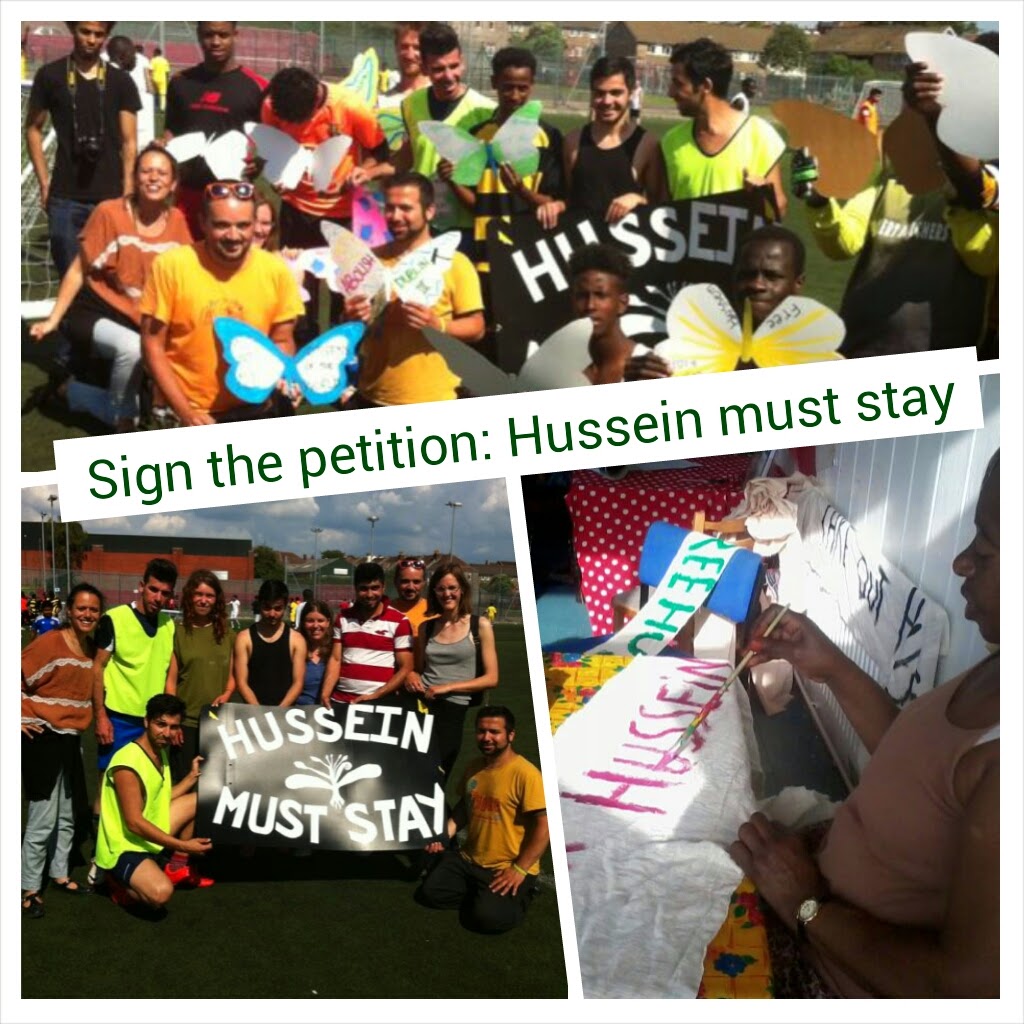 Many thanks to everyone who has signed the petition for Hussein to stay in Bristol. We have close to 1000 signatures in support of Hussein so far and will deliver the petition to the Home Office on Wednesday. It's really inspiring to see people coming together in support of freedom and the right to live in safety.

"Thank you very much for your amazing, unbelievable and fantastic support. I hope to see you very soon"


Hussein faces deportation on Friday. We need to raise £1200 pay the solicitor to do an injunction to stop this from happening. If everyone who has signed can donate £3 we will have enough  money to pay for the injunction and start a fund towards further legal costs for Hussein. More information (subscribe to get updates).

Thanks for reading and for being part of this amazing campaign  for freedom and dignity. Having such wide support for the campaign makes it more possible. This is the community solidarity in action we were creating when we walked to Cardiff.

Email ThisBlogThis!Share to TwitterShare to FacebookShare to Pinterest
Labels: Hussein